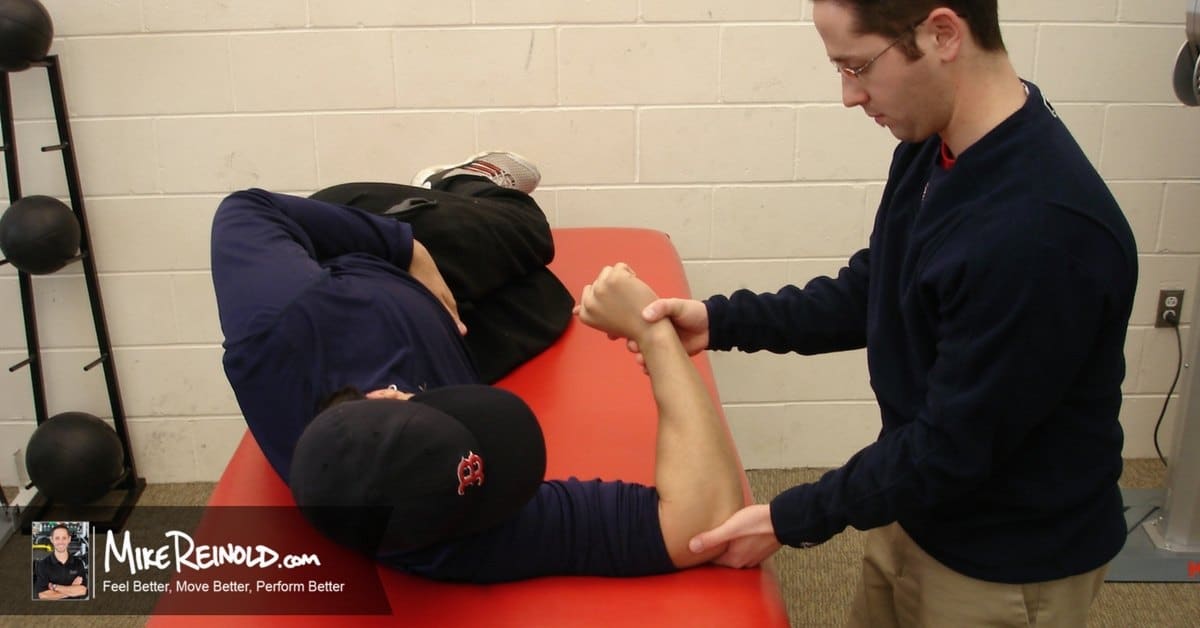 Ah, the sleeper stretch.  Pretty popular right now, huh, especially in baseball players?  Seems like a ton of people are preaching the use of the sleeper stretch and why everyone needs to use it.  It’s so popular now that physicians are asking for it specifically.

I don’t like the sleeper stretch and I rarely use it, in fact I haven’t used it in years.  I don’t think you should use it either.

There, I said it, I felt like I really had the get that off my chest!

Every meeting I go to, I see more and more people talking like the sleeper stretch is the next great king of all exercises.  Then I get up there and say I don’t use it and everyone looks at me like I have two heads!  Call me crazy, but I think we probably shouldn’t be using it as much as we do.

In fact, I actually think it causes more harm than good.

5 Reasons Why Shouldn’t Use the Sleeper Stretch

I haven’t used the sleeper stretch in over a decade and have no issues restoring and maintaining shoulder internal rotation in my athletes with safer and more effective techniques.

If you have followed me for some time, you know that I rarely talk in definitive terms, as I always strive to continue to learn and grow.  I know my opinions will change and things aren’t black and white.  However, over the years my stance on NOT using the sleeper stretch has only strengthening.  As I learn more and grow, I actually feel more strongly that we shouldn’t be using this common stretch.

So why don’t I use the sleeper stretch?  There are actually several reasons.

You must assess the true cause of loss of shoulder motion and treat accordingly.

Of the above reasons, you could argue that only joint capsular tightness would be an indication to perform the posterior capsule.  But see my next point below…

Performing the sleeper stretch for the other reasons could lead to more issues, especially in the case of boney adaptations.  The whole concept of glenohumeral internal rotation deficit (GIRD), is often flawed due to a lack of understanding of the normal boney adaptations in overhead athletes.

I can’t tell you how many people think they have GIRD that I evaluate and that they in fact do NOT have GIRD.  Click here to learn more about how I define GIRD.

It Stretches the Posterior Capsule

If you have heard me speak at any of my live or online courses, you know that I am not a believer in posterior capsule tightness in overhead athletes.  Maybe it happens, but I have to admit I rarely (if ever) see it.  In fact, I see way more issues with posterior instability.  Please keep in mind I am talking about athletes.  Not older individuals and not people postoperative.  They can absolutely have a tight posterior capsule.

But for athletes, the last thing I want to do is make an already loose athlete looser by stretching a structure that is so thin and weak, yet so important in shoulder stability.

Based on the first two points I’ve made so far, if you have a loss of shoulder internal rotation, you should never blindly assume you have a tight posterior capsule.

It is an Impingement Position

This one cracks me, check out the photos below, if you rotate a photo of the Hawkins-Kennedy impingement test 90 degrees it looks just like a sleeper stretch.  I personally try to avoid recreating provocative special tests as exercises.

This is a provocative test for a reason, by performing internal rotation in this position, you impinge the rotator cuff and biceps tendon along the coracoacromial arch.  If you actually had a tight posterior capsule, you’d get subsequent translation anteriorly during this stretch and further impingement the structures.

So based on this, even if you have a tight posterior capsule, I wouldn’t use the sleeper stretch.  I would just perform joint mobilizations in a neutral plane.

So far we’ve essentially said that people often perform the sleeper stretch for the wrong reasons and can end up torquing the wrong structure (the posterior capsule) and irritating more structures (the rotator cuff and biceps tendon).

Even if you have the right person with the right indication, the sleeper stretch is also often performed with poor technique, which can be equally as disadvantageous.

People Get WAY too Aggressive

Despite the above reasons, this may actually be the biggest reason that I don’t use the sleeper stretch – people just get way too aggressive with the stretch.  The whole “more is better” thought process.  Being too aggressive is only going to cause more strain on the posterior capsule and more impingement.  You may actually flare up the shoulder instead of make it better.

I always say, if you have a loss of joint mobility, torquing into that loss of mobility aggressively is only going to make it worse.

When the Sleeper Stretch is Appropriate

There are times when the sleeper stretch is probably appropriate.  But it’s not as often as you think and it’s most often not in athletes.  The older individual with adhesive capsulitis or a postoperative stiff shoulder may be good candidates for the sleeper stretch.  But I honestly still don’t use it in these populations.  There are better things to do.

But of course, there are good ways to perform the sleeper stretch and there are bad ways, technique is important. 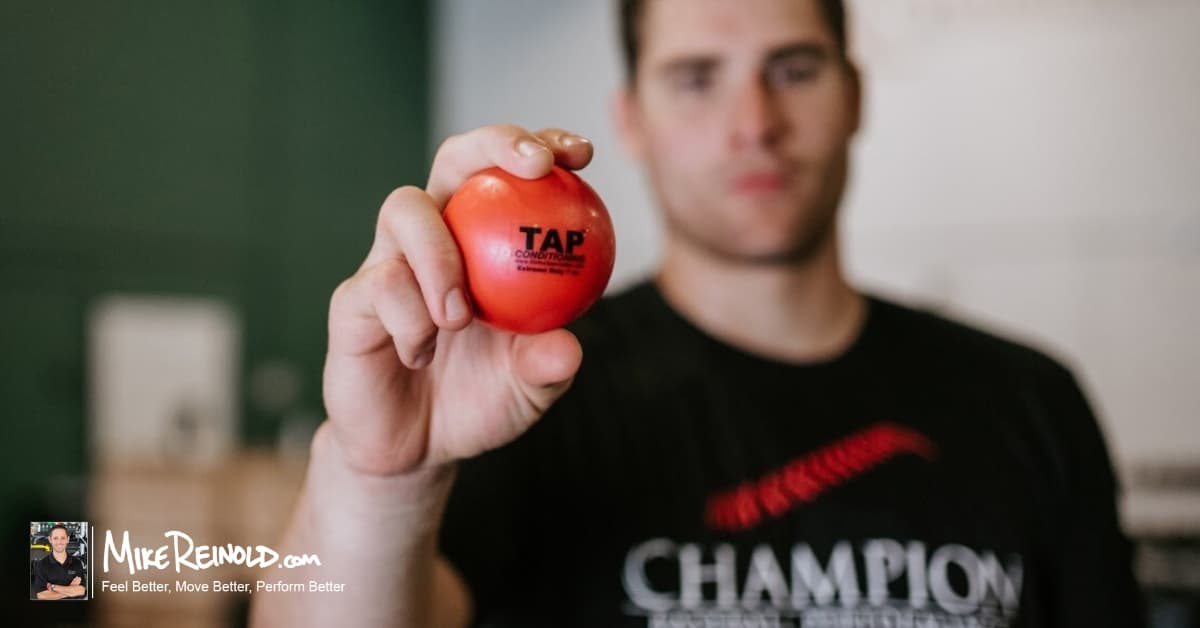