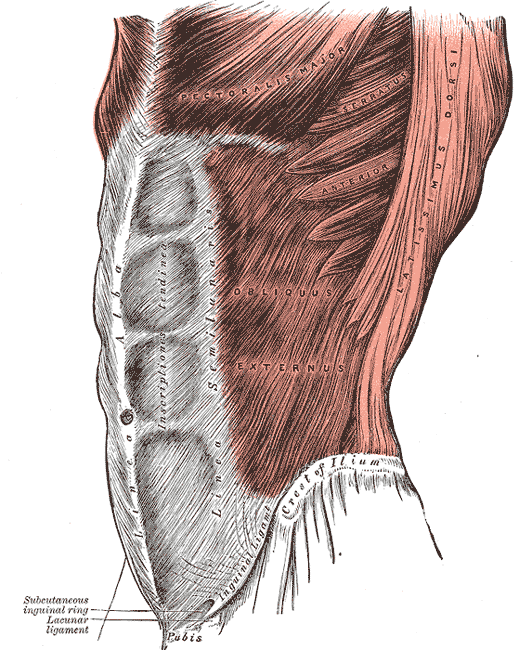 The notion of core training has been around for years and years.  As far back as I can remember, people have been doing crunches, sit-ups, weighted side bends, and more.  You could walk into any gym in the world and probably see someone doing some sort of “core” exercise. Even today, there are still people performing sit-ups or some other variation in their training program.  But as we continue to learn more about the spine, these traditional core exercises may actually be disadvantageous.  According to Dr. Stuart McGill, a noted spine biomechanist from the University of Waterloo:

“The spine may be more prone to injury when they are in a fully flexed posture.”

Last time I checked, when someone is performing a sit-up, they are in a great deal of flexion.

Many other studies by McGill and other researchers have been published on the increased risk of high repetition and/or loaded lumbar spine motion.  Since this research has been published, there has been a pendulum swing towards performing more neutral spine movements such as planks. In another study by Cholewicki and McGill in Clinical Biomechanics:

“One important mechanical function of the lumbar spine is to support the upper body by transmitting compressive and shearing forces to the lower body during the performance of everyday activities. To enable the successful transmission of these forces, mechanical stability of the spinal system must be assured.”

By performing some type of plank or neutral spine exercise, this can potentially train the core to transmit force from the upper body to the lower body or vice versa without compromising the spine.

There are many muscles that contribute to the functioning of a stable core position.  These muscles include:

There have been studies performed over the years saying that transverse abdominis or multifidi are the main stabilizers of the lumbar spine.  Study after study, many by McGill, have refuted that 1 or 2 muscles are the primary stabilizers of the spine.  McGill et al. in the Journal of Electromyography and Kinesiology found that:

“The collection of works synthesized here point to the notion that stability results from highly coordinated muscle activation patterns involving many muscles, and that the recruitment patterns must continually change, depending on the task.”

Therefore, when we are training or treating our clients, we should not be attempting to isolate one muscle we performing lifting tasks.  Some muscles may be more active than others in one task as compared to another.  Instead, we should be working to maintain a neutral spine position and to resist motion through the lumbar spine.

McGill came up with a series of 3 exercises, entitled “The Big 3” to help teach and re-educate patients or clients returning from a low back injury on how to properly stabilize their spine.

These exercises are great implements to add into the beginning of a strength and conditioning program or during a rehab program for someone returning from a low back injury.  But, these exercises are a foundation for movement.  If we are going to build core stability throughout, thence need to have a solid foundation as well as solid “walls and a roof.”

There are typically two functions of the core:

For example, if you are a baseball player and are throwing or swinging a bat, you want to have some motion through your lumbar spine, but predominantly through the hips and thoracic spine.  If we try to stop motion at the lumbar spine, your effectiveness as an athlete will be subpar.

Don’t forget…  the spine needs to move.  This is something Mike has covered in his article Are We Missing the Boat on Core Training?

Regarding the other aspect of resisting motion, if you are going to pick something heavy up off the ground, you want to maintain a neutral spine posture so that your core can transmit force from your legs and into your arms as you lift to the implement.

We need to appreciate these two different situations as we program for our clients.

The three planes of movement that the core musculature works in is the:

The sagittal plane is lumbar spine flexion and extension. The frontal plane is lateral flexion or sidebending.  The transverse plane is rotation to the right or left.

The following progressions are a big part of Mike Reinold and Eric Cressey’s Functional Stability Training For the Core program.

Anti-extension core training consists of the body’s ability to resist movement into lumbar spine extension or to slow down motion from a flexed position to neutral, or from neutral to extension.

Exercises that focus on anti-extension stability are:

Exercises that focus on anti-lateral flexion core stability are:

Anti-rotation core training consists of the body’s ability to resist movement into lumbar spine rotation to the right or left or to slow down motion from a rotated position to neutral, or from neutral to a rotated position.

Exercises that focus on anti-rotation core stability are:

Once the body has mastered the basic core progressions and anti-movement-based drills, it is important to incorporate multi-planar and rotational movements.  These movements work on incorporating movement through the hips and thoracic spine versus some of the movements before where basically no movement was occurring.

As mentioned before, these exercises will help the athlete and client to control themselves going from one position to another.  As a rotational sport athlete, we don’t want to completely limit any spine motion.  We want the body to be able to control and decelerate the body using the musculature versus passive restraints (ie. bone, ligament, etc.) at end range.  These can also be used by non-rotational sport athletes as well.

Implementing breathing with core training is very important.  If we are constantly holding our breath while performing core exercises, then we are compensating using the valsalva maneuver versus training the musculature to have to stabilize throughout the exercise.

*Disclaimer*: if you have heavy weight in your hands or on your back in the cases of a deadlift or squat, then I am a proponent of using the breath to brace the core and spine.  When it comes to core exercises as mentioned above, remember to breath.

With the said, here are a couple of exercises where implementing the breath adds another component to the movement.

Lastly, we can’t go through an entire article and not discuss the use of core stability and strength training.  I am a firm believer that just performing squats and deadlifts are not enough to improve core and trunk stability.  Adding some of the movements mentioned above can add another component to create a well-rounded training program.

When it comes to performing squats, deadlifts, etc., maintaining a neutral spine during the lifts is extremely important.  Yes, there are some elite level lifters out there who can sway away from a neutral position in one direction or the other.   For the vast majority of people performing strength movements such as these, a neutral spine should be maintained.

There you have it.  By incorporating core stability exercises throughout all planes of motion, it will allow your clients and/or athletes to reduce their risk for injuries as well as improve their performance.

If you want to learn even more about functional core training, check out Mike Reinold and Eric Cressey’s Functional Stability Training for the Core.  The program goes over many of these progressions and a whole lot more to help you completely understand the true role of the core and how to incorporate functional core training into your rehab and strength training programs:

Andrew Millett is a Boston-based physical therapist in the field of orthopedic and sports medicine physical therapy.  He helps to bridge the gap between physical therapy and strength and conditioning.  Visit his website at AndrewMillettPT.com.